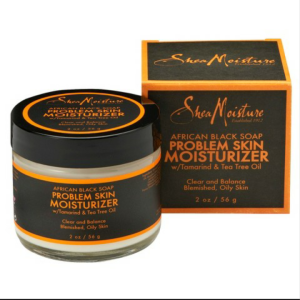 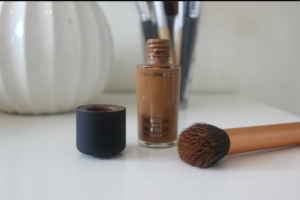 Shea Moisture CC cream ( half way thru my work day my FACE is super oily/shiny )
http://m.target.com/p/sheamoisture-cc-cream/-/A-15373631 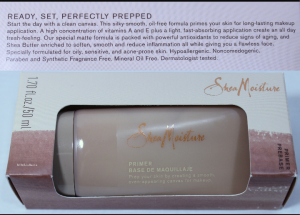 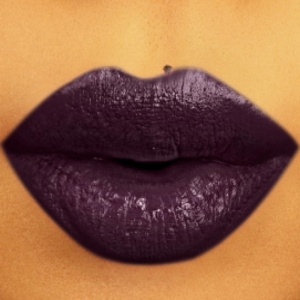 It’s better to die fighting than to continue living in the illusion of freedom in modern slavery!

As a blogger i want to be me and write about things that are me. It wouldn’t be right if I didn’t write about things that are heavy on my heart as well as things I love. This Freddie Gray and countless others death by the hand of the people who are suppose to protect and serve us …  is really bothering me. It seems like we’re living in 1940 instead of 2015 cause nothing has changed. All a cop can say is that he felt threatened and its OK for them to get away with murder. Sadly , the other person is dead and can’t tell their side of the story . Whatever happen to shoot to injure but now all they are doing is shooting to kill. The Justice system have failed us!!!!

Through it all, let’s remember why there is unrest and why there is protest. This is because Freddie Gray died after being arrested for no discernible reason. This is because a man’s spine was nearly severed and his voicebox was crushed. He asked for medical attention, didn’t get it and then died as a result of those spinal injuries. This is happening because Freddie Gray’s horrific death is part of an awful national pattern of behavior that needs to stop! 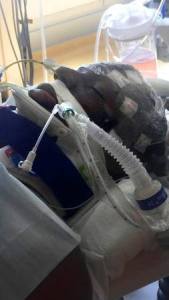 Why Baltimore is Burning by Kevin Powell via Huffington Post: “…every single time one of these scenarios occurs, we are handed the same movie script: Person of color is shot and killed by local police. Local police immediately try to explain what happened, while placing most of the blame, without full investigation, on the person shot. Police officer or officers who fired shots are placed on paid “administrative leave.” Media finds any and everything they can to denigrate the character of the dead person, to somehow justify why she or he is dead. Marches, protests, rallies, speeches. Local police show up in military-styled “riot gear.” Tensions escalate. Folks are arrested, people are agitated or provoked; all hell breaks loose. The attention has shifted from the police killing an innocent person to the violence of “thugs,” “gangstas,” “looters.” The community is told to be nonviolent and peaceful, but no one ever tells the police they should also be nonviolent and peaceful. Whites in power and “respectable Black voices” call for calm, but these are the same folks who never talk about the horrific conditions in America’s ghettoes that make any ‘hood a time bomb just waiting for a match to ignite the fury born of oppression, marginalization, containment, and invisibility. These are the same people who’ve been spent little to no time with the poor.” 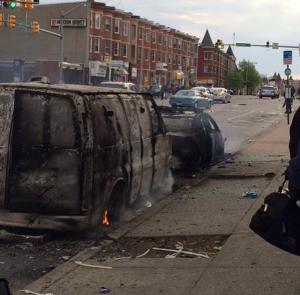 Rapper Wale visits Baltimore high schools to speak to students about the ‪#‎BalitmoreUprising‬.

Here’s a video of some of his remarks: http://www.complex.com/music/2015/04/wale-visited-baltimore-high-school-following-protests

‪#‎FreddieGray‬ death deemed a homicide. He asked for help twice and received no help from Baltimore police. Charges filed, this is only the first step. We must stay informed and up todate.

This is the first step! Ill just hold off on my excitement until they are officially convicted

ALL IMAGES ON WWW.ECCENTRICGLOW.COM ARE READILY AVAILABLE ON THE INTERNET AND BELIEVE TO BE IN PUBLIC DOMAIN. IMAGES POSTED ARE BELIEVED TO BE PUBLISHED ACCORDING TO THE U.S COPYRIGHT FAIR USE ACT(TITLE 17,U.S. CODE.). COPYRIGHT ® 2006-2015 ECCENTRIC GLOW LLC. ® 2006-2015 ALL TEXT HEREIN IS PROPERTY OF THE AUTHOR AND MAY NOT BE COPIED OR REPRODUCED WITHOUT EXPLICIT PERMISSION.