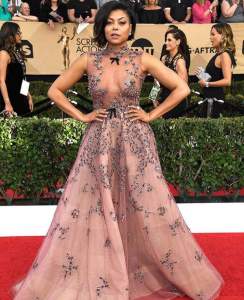 The 23rd Annual Screen Actors Guild (SAG) Awards, honoring the best achievements in film and television performances, went down at LA’s Shrine Auditorium. Check out a few of my fav red carpet looks. 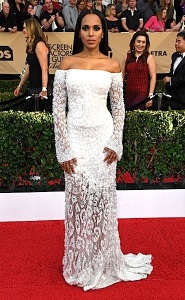 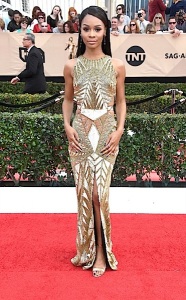 Heyyyy GLOWERS, Welcome for another Fashion & Style 411 interview. Today we are chatting with Fashion By Regina also known as Pastor Fashion. She preach fashion in a real and very authentic way. Regina believes in teaching women how to dress for success. She’s also am the ceo and founder of Pretty Girl Bosses. Its a training hub for female entrepreneurs and also those who aspire to be. Regina is passionate about helping women see their true worth and value through the avenues of fashion and motivational speaking . She’s a lover of Jesus. With a with a love for travel , shop and spend time with my 9 yr old son and family.

Question 1: So when’s the first time you fell in love with FASHION?
FashionByRegina: believe it was around the age of 6 or 7. My mother I into the cbs daytime show called young and restless and although i was not old enough to watch it i remember sneaking and watching just to see what they were wearing. The furs, the jewels, the dresses, the shoes were everything. I would just walk around the house with my mothers pearls and high heels on with my little dresses. besides my mother being one sharp lady that show was one of main fashion influences in my life.

Question 2 : Do you have a signature STYLE?
FashionByRegina: I think for be I’m where classy meets street styles. I love being comfortable but yet classy and graceful.

Question 3: Who is your favorite DESIGNER?
FashionByRegina: that’s a hard question to answer. gosh i love so many. I’ve always been fan of oscar de la renta. my reasoning behind that this his vision is for women is my passion. He said and i quote my role as a designer is to make a woman feel her very best. That is what I stand for. My desire is to make every woman. I encounter feel their every best.

Question 4 : Who is your current STYLE crush?
FashionByRegina: Marjorie Harvey is killing the game right now. Love her. also I follow Victoria Beckham closely. The list goes on. Ha! 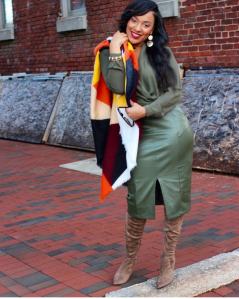 Question 5: How do you pick the ensembles you display?
FashionByRegina: I’m really open. I usually have an idea in my head and I work it out from there.

Question 6 : What are some of your favorite boutiques to get your fashionable pieces?
FashionByRegina: I shop everyone no place is off limits. I love target, forever21, h&m, zara, ny&company, topshop, EVERYWHERE….. I love to ball on a budget 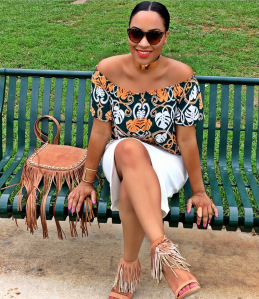 Now that the Holiday Season is over its time to get back in shape . I know im not the only one we loves bohemian yet sexy clothing. We as women love to shop for any occasion and slimming down is definitely a reason to by that daring see thru top 😉😉😉

She In (http://m.shein.com) has a 60 percent off sale until January 31st! Thats definitely a steal because all of their pieces are so trendy and dope with great quality. You Glowers know my shopping rule you dont have to spend a million bucks to look like a million bucks.

My Bohemian wishlist is so sexy and screams free sexuality. These pieces are year around essentials that WILL NEVER go out of STYLE. Building your wardrobe starts with key items you love and they are great when transitioning from season to season also depending on where you live.

Check out my wishlist all items are from http://m.shein.com below. Im sure its more than one item youll have to snag up. 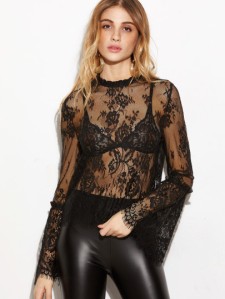 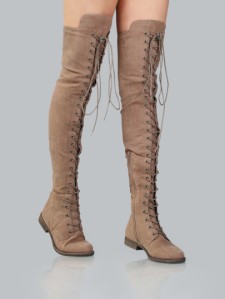 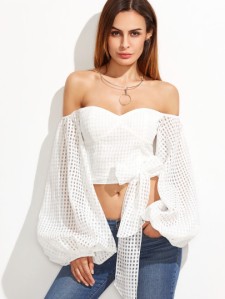 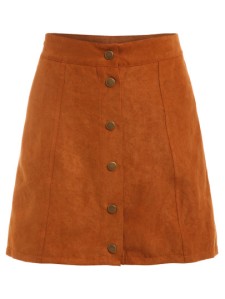 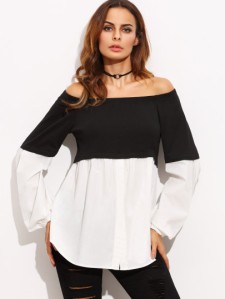 This past weekend my girls and i were invited to Nevada Congress Candidate Reuben’s birthday celebration. When he named the location i knew it would be super chill and i could be myself …..FREE!

With the black pride sweater being grey , black with , a splash of yellow. I played on the black 👑👑👑 The only color would come from the sweater which was the focal point of the look. Pairing it with a black pleather midi skirt , black hat and black booties. I felt good and looked even better. I recieved so many praises for my look that night.

Sweater can be located here https://www.instagram.com/hgcapparel/ 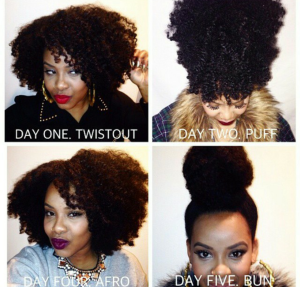 YouTube Sensation , Yolanda Renee of EtcBlogMag https://www.instagram.com/etcblogmag/ is known for her eclectic with a dash of around the way girl style. Im completely in love with hair and every hairstyles she rocks. I was going thru my old saved photos in my phone and ran across this one. 4 dope styles from 1 Twist Out thats GOALS for any naturalista , before my locs my twist outs only lasted 1 day. Dont be fooled by all these brands out now for us. Being mindful of what products work for your hair type is the Key to a lasting BOMB twist out!

A few weeks ago a pic was posted of Lance Gross, his wife Rebecca and their friends went viral, I mean it really broke the internet…. sparking widespread debate on color. In the photo, Gross and Rebecca sit with three other boo’d up couples, all featuring light-skinned women. Then to the far left is a dark-skinned woman sitting by herself. It spread like wildfire and opened a wound that the black community has been trying to bandage

In an in depth interview with Madame Noire the sista from the photo is finally out on why ” she even took the pic” , and what she thinks of the reaction. LaNaadrian Easterling is a long-time friend of Gross’, and has a doctorate in psychology.

On her relationship with Gross, and how the photo came to be;

“Even though the trip has been an annual tradition for more than 10 years, I started attending about six years ago. With the exception of Lance and Rebecca, most of the people who came on the trip were single. Over time, most of my friends have gotten married and had children, so the trip has evolved from a group of friends, to a family vacation.

Years ago, the actual picture started out with a bunch of single people and evolved into a couple’s photo when people started bringing their significant others. The first year I noticed this, I jokingly told my friends, “Y’all aren’t going to leave me out of the photo just because I didn’t bring a date this year!” So I joined the picture and hugged myself. Every year, we continued to take this silly picture, and I tried to outdo myself from the year before by making a really awkward face or hugging myself. It was all in good fun.”

On whether she is single;

“Yes, I have a boyfriend, and he is an amazing, intelligent and successful Black man. However, at the time of the trip, we had only been dating for about six months, and he had not met my daughter yet. As her mother, I am extremely protective, and I do not introduce her to men that I am dating until the relationship has progressed to a point where I feel like it is appropriate for that introduction to take place. The Big Bear holiday trip was not the time nor place for that initial meeting to occur.”

On the reaction to the photo;

“I think it rubbed salt in a very sensitive, deep-rooted, painful and complex wound in our community, especially for Black women. I noticed several recurring themes in the responses: Questions about my relationship status and questions about why I would choose to attend a couple’s trip if I was single; Thoughts about why the “dark girl” was single and why the “light-skinned girls” had a man; Debates about whether or not the other women in the photo were Black or Black enough; Suggestions that my friends and I staged this photo on purpose, with the intention of emphasizing that I was single because I have a darker complexion than the other women.

I want to make it very clear that I 100 percent understand colorism, and many other issues that we face in the Black community. I know that self-hatred, or what I refer to as negative self-identity development, is a serious problem in the Black community that has plagued our families for centuries. The assumption that my complexion is the reason why I may be single and unhappy is an unfair mischaracterization and further perpetuates the colorism that many were upset about themselves. Colorism impacts all people of color on both ends of the spectrum. Many of the women in the photo have been told their entire lives that they aren’t “Black enough” and have been rejected from people in our own community, sometimes facing this issue within their own families. Furthermore, it really bothers me that in 2017, people are still angry with who Black men choose to date. Black men and women have the right to date or marry whoever they want to marry, and to love whoever they want to love. As a Black woman, I couldn’t care less who my brothers choose to marry, whether that be a light-skinned Black woman, a White woman, an Asian woman, a Latina woman, or a man! Who they date or marry doesn’t make me any less beautiful, attractive, or desirable”

Go to MadameNoire.com for the full interview.