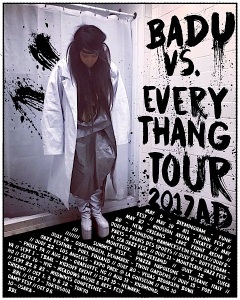 It’s tour time for The Queen of Neo-Soul Erykah Badu. On Wednesday (May 3rd), she announced her upcoming Badu Vs. Everything tour. The worldwide tour starts in Birmingham and ends in October in Osaka, Japan.