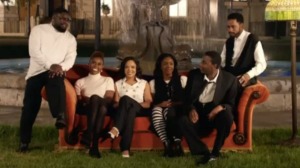 Jay-Z has used the classic sitcom Friends as inspiration for his new video, “Moonlight.” Directed by Alan Yang, the African American version of Friends featured an ensemble of A-list actors and comedians including Jerrod Carmichael who played Ross; Issa Rae who played Rachel, Lil Rel Howery who played Joey, Hannibal Burress who played himself, Tessa Thompson who played Monica and Tiffany Haddish who played Phoebe. 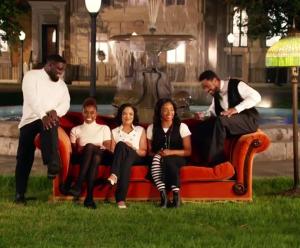 This was soooo a dope idea. I know im not the only who thought this was pure genius and so for the culture 😎😎😎