Victoria’s Secret has chosen 61 models for this year’s fashion show. Out of the 61, they’re introducing 17 new models to the catwalk, and six of them are Black! See which six Black models made the cut below, and be sure to catch the 2017 Victoria’s Secret Fashion Show, which will be held on November 20 in Shanghai, China, on November 28 at 10pm ET on CBS

At age 20, this Cabo Verdean model has already walked numerous fashions shows for top designers like Chanel and Dior. 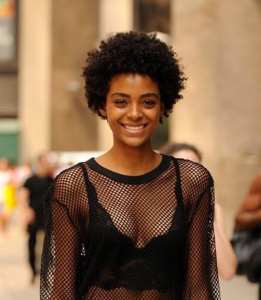 The 18-year-old model hails from the African country of Angola, and was discovered when she was only 14.

From walking various designer runways to serving as the face of Calvin Klein’s underwear line, this 19-year-old Nigerian model has been one to watch ever since she was scouted at age 16

This 27-year-old South Sudanese model has been modeling since age 19, but this year marks her first time walking in the Victoria’s Secret Fashion Show.

At 19, she’s the daughter of famous French model and Yves Saint Laurent muse Katoucha Niane, and made her debut in the Roland Mouret Spring/Summer 2017 fashion show

Hailing from Brazil, the 18-year-old model walked her first fashion week in Paris for the Spring/Summer 2017 season. 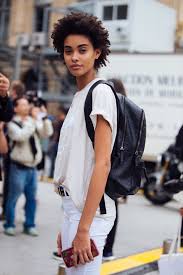