Various fashion brands such as Aerie and ASOS have taken a stance against airbrushing models in recent years, and another brand is also making a move toward promoting body positivity. UK brand Missguided just revealed that they are also no longer Photoshopping their models. 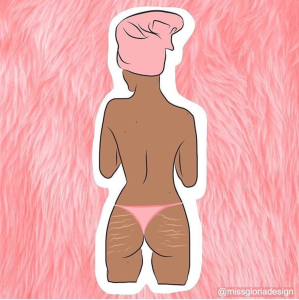 From visible stretch marks to moles and more, Missguided is rejecting the manufactured images of models we’ve become so accustomed to seeing. On Missguided’s site, you can now find various models, particularly in bodysuits, lingerie and swimsuits, showing off their natural bodies, flaws and all.

In a statement, the company’s head of brand Samantha Helligso said: “As a brand, we feel we have a strong sense of social responsibility to support young women and inspire confidence. So we’re on a mission to do just that by showing our audience it’s okay to be yourself, embrace your ‘flaws’, celebrate individuality, and not strive for what the world perceives as perfection. Because basically, it doesn’t exist.”

Helligso continued, “By showing imagery that’s real and authentic, we want to show it’s more than okay to be yourself. All you have is what you’ve got, so own it every day.” While a few social media users claimed that Missguided Photoshopped the stretch marks onto the models, the brand has denied all accusations as “entirely untrue.”

Im aren’t the only one who applaud Missguided for this major step in making all women feel comfortable in their own skin. On Twitter, many shared their praise for Missguided’s bold step in the right direction.