A fresh pair of slides is a must for the summer season. And with the resurgence of the  fanny pack , Nike has in turn combined the two warm weather trends to present its new Benassi “Fanny Pack” slides

Their Benassi JDI slides and affixed a zippered pouch on top, and honestly, they seem perfect for carrying the essentials. The slides come in summer-ready colorways of pink, lime, and the standard city-slicker black. They’re part eye-sore, part genius, part hypebeast fever dream, and if you end up losing your keys because you lost your shoes, that’s unfortunately all on you.

“Nike gonna make me pull some cash out of my fanny pack,” tweeted one excited supporter in response to the news.”

No release date has been announced yet

If you’re like me, rocking a Karl Kani jacket or jeans from the iconic streetwear label back in the day meant you were the bomb and your fashion was tight.

With the resurgence of ‘90s trends in fashion, Karl Kani, which was launched in 1989 by Carl Williams (aka one of the founding fathers of streetwear), is teaming up with the UK brand PrettyLittleThing on a capsule collection. It’s also the first-ever brand collaboration for PrettyLittleThing.

Karl Kani and PrettyLittleThing have booked the ever-stylish singer Teyana Taylor to model looks from the 45-piece collection.

Considering the singer’s personal style, Taylor was definitely made for this for this collection. Other celebrities who have already been spotted wearing the collection include Missy Elliott and Karrueche Tran.

The collection ranges in price from $15 to $60, and is available at PrettyLittleThing.com NOW. 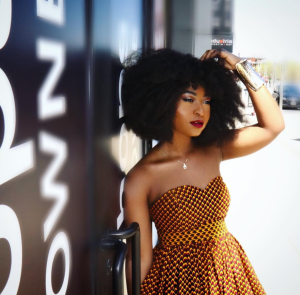 We are starting our work week with today’s GLOW of the Day known as Sincerely Cay . 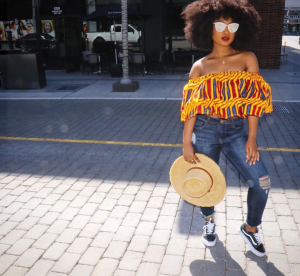 View more looks of her style below! 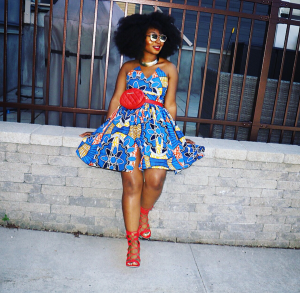 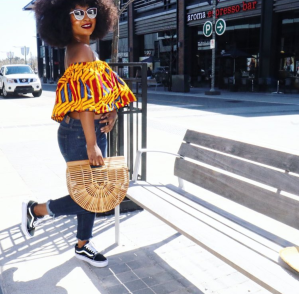 Learn more about this GLOWING Queen on Instagram Sincerely Cay 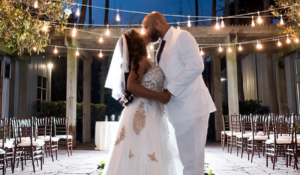 The singer took to social media on Friday and revealed she’s married along with sharing a couple of beautiful pics from her wedding day.

Congratulations on yall blissful union and I wish her and her hubby a lifetime of happiness.

It’s graduation season, and I can’t get enough of the inspiring stories that come with bedazzled mortarboards and viral diploma acceptance videos. This super inspiring story involves 2018 graduate Corey Patrick of Tarrant High School in Alabama.

A photo of Patrick wearing his graduation gown quickly broke the internet but for great reasons after a bus driver posted it online. The photo didn’t go viral because he decked out his mortarboard or his gown or anything like that. According to WBRC, Patrick’s photo went viral because he was on his way to his graduation ceremony by bus.

Patrick’s family couldn’t afford transportation to the ceremony. However, Patrick was determined to celebrate the hard work he put into his high school career.

“I was happy on that day,” Patrick said.

“I told Corey, well the best thing to do is just get on the bus and we will work from there,” recalled Felicia White, Patrick’s mother.

“He’s a great young man. He’s very quiet, reserved, humble and he gets a little hardheaded sometimes, but he’s a very obedient child, and I’m proud of Corey,” his mother added.

Patrick had been taking that same walk to his local bus stop for his entire school career. He has attended Tarrant City Schools since 4th grade, and his family used to live closer to his high school. However, they had to move before his senior year. Patrick’s mother wanted him to continue attending the school he’d started at so he could finish his senior year with his friends.

“Corey was getting up at 4:30 in the morning and had to be at the bus stop at 5:41 in the morning for the last year. Even when he would get out of school he couldn’t get from that side of town until 5:19 when the bus runs back over there. So he doesn’t make it back this way until about 6:30 or 7 o’clock,” White said.

“I had to do what was necessary for me to walk this year,” he noted.

Thankfully, Patrick’s family didn’t have to bus all the way to his ceremony because they were able to find a last minute ride. Further, after Patrick’s story went viral, celebrities such as Rickey Smiley, Tyrese and Da Brat announced they were coming together to purchase the new graduate a new car!

White said she is overwhelmed by the love and support shown to her son and their family.

“I would just like to say thank you to everyone who is supporting Corey and supporting me, and I really appreciate it,” White said.

He’s received a scholarship offer from Jacksonville University in Florida. His mother said nothing is official yet, though.

Congrats to Corey Patrick; This warms my heart , Im proud of you!

For her GQ cover story, the Insecure creator impersonated a few of our black TV faves, and she absolutely nailed it.

Issa Rae is out here living her best life, but she’s also realistic and scared of failure.

During the interview, she discussed her career and when failure came up, she revealed she was still deathly afraid of it despite her successes. The 33-year-old asserted that failure is different for the face of a show than it would be for that of a writer or director

When the interviewer asked her if she was still scared of failure since she’s successful, Rae seemed surprised that someone considered Insecure successful.

“That could go to s**t,” Rae said. “This could be the worst season we’ve ever had. And then what? Then people are all of a sudden like, ‘Oh, okay.’ Then the calls stop. It’s like stand-up comedy: In order to eventually succeed, you have to bomb. That’s what every comedian says—that’s when the fear goes away. And I feel like I’m still fearful because I haven’t publicly bombed yet, in terms of my career. Yeah, Insecure is successful now, but where’s my bomb coming? Where are my Will Smith bombs coming? Where, where is that happening?” 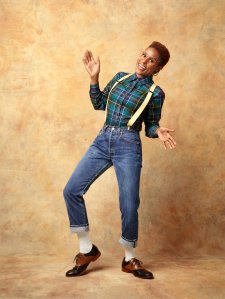 The writer tried to comfort her, but Issa responded with a quote that could have been in one of her scripts.

“He went through a period when he was depressed, when three or four of his movies in a row weren’t number one at the box office. So for him that was terrible,” she countered. “And now he’s talking about, ‘You gotta fail, you gotta fail.’ And I don’t want to make Instagram speeches about failing. I don’t.”