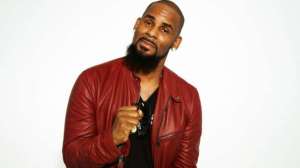 R. Kelly released a 19-minute confessional song called “I Admit” on Monday in which he addresses the long list of sexual abuse, underage girls, and other allegations made against him over the years. Also reveals he’s a Broke Ass Legend , dyslexia and not owning his publishing. 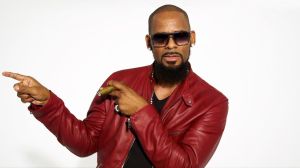 Take a look at 10 of the most absurd lyrics from the song, as ranked by Okayplayer:

9. “To them niggas that drink my liquor and smoke my stogies / How come you ain’t on Facebook takin’ up for me?”

7. “There is one thing that’s for sure / And I wanna make this shit clear / I done lift my voice and represented my country for 31 fucking years.”

6. “I admit I can’t spell for shit / I admit that all I hear is hits / I admit I couldn’t read the teleprompter when the Grammys asked me to present.”

5. “To Jim Derogatis or whatever your name is / You’ve been trying to destroy me for 25 whole years / Writing the same stories over and over and over again / Off my name you done went and made yourself a career.”

4. “Women show black men some love / ‘Cause black men we go through enough / How can we get up off the ground / When we steady tearing each other down?”

3. “I admit I fuck with all the ladies / That’s both older and younger ladies / But tell me how they call it pedophile because of that shit / That’s crazy.”

2. “Won’t say no names I’m not a snitch / But one night at The Ritz / I did some shit I shouldn’t have did / Went and fucked my nigga’s bitch / I admit I admit that I did / I fucked my girlfriend’s best friend / Yeah I tapped that in the back of my Benz.”

1. “I admit that this is no disrespect to the parents / But this is my advice to you ’cause I’m also a parent / Don’t push your daughter in my face and tell me that it’s ok / ‘Cause your agenda is to get paid / And get mad when it don’t go your way.”

Ive listened to all 19 mins. This was truly DEEP , SHOCKING and Heart Felt.