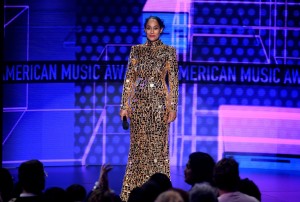 Tracee Ellis Ross did it us at the 2018 American Music Awards.

The last night’s host wore all Black designers throughout the show.

First, she walked the red carpet in a pink suit by Pyer Moss accessorized with a Jacob & Co. choker, heels by Christian Louboutin and earrings by Mattia Cielo and Djula Jewelry. 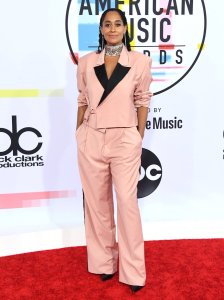 For her opening dance number, the second-time AMA host changed into a custom cape by Dapper Dan for Gucci over a black sequined Nicolas Jebran bodysuit, swapping out the skintight number for a glittering gold sequined CD Greene gown. 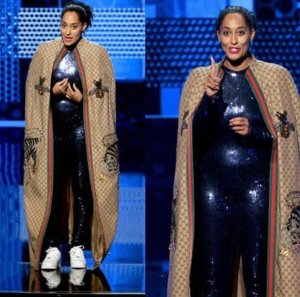 Ross later changed into something a little more political with an “I am a voter” T-shirt created by her stylist Karla Welch in collaboration with When We All Vote. She paired the top with a cherry-red Shanel Campbell skirt and Aminah Jillil shoes. 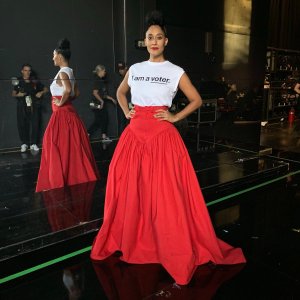 After a quick change into a glamorous pink tulle gown by Off-White and Louboutin heels, Ross managed to one-up even herself in a Sergio Hudson leopard-print catsuit, gloves, and beret, plus Casadei pumps and huge rhinestoned Gucci sunglasses. 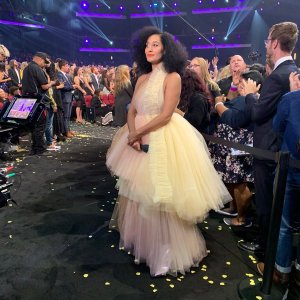 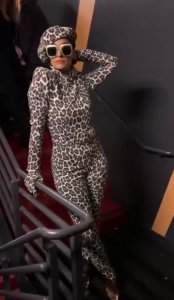 She then went for something equally statement-making in a boldly printed LAVIEbyCK fishtail gown with dramatic bell sleeves, followed by a double-breasted black sequined dress. 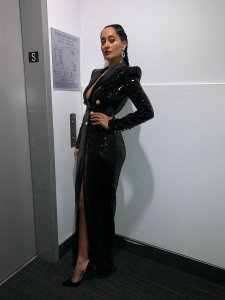 The actress’ penultimate look featured a belted blue DÈSHON gown paired with shoulder-dusting crystal earrings by the same brand — one of which, in a quirky touch, was worn as a brooch — and finally, Ross wrapped up the show in a red Cushnie off-the-shoulder jumpsuit. 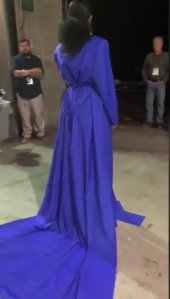 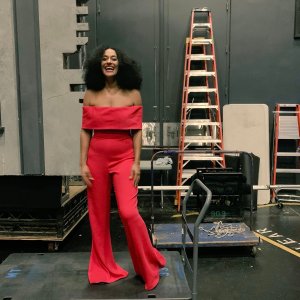