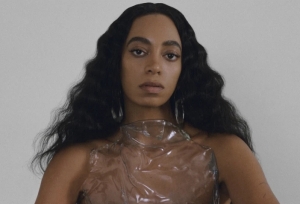 If you were attending Coachella because Solange was performing, I have some disappointing news.

Solange will no longer be performing at the festival.

The official Coachella social media accounts announced that due to major production delays she won’t be taking the stage.

Due to major production delays, Solange will unfortunately no longer be performing at this year’s festival. She sends her sincerest apologies, and looks forward to performing at Coachella in the future.

Dang , that sucks will she be at Essence? Im she had something amazing planned.