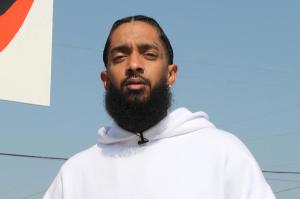 Nipsey Hussle’s entire family has joined forces to get full custody of his 10-year-old daughter Emani, but her mother says that she’s perfectly capable of caring for her daughter.

She seems to be rebutting the family’s contention she’s not capable of caring for the child, saying they are ignoring the fact Nipsey provided for her … setting her up in an apartment and providing for her livelihood. She’s insinuating she’s been cut off and that’s not what Nipsey would want.

She also says, she’s not the only person involved in the case with a “problem past,” but she says she’s choosing not to “sling mud.”

She says she can’t pay rent, she’s been cut off financially and is in desperate shape. Foster notes the lifestyle she and Emani were used to before Nipsey’s death won’t be the same … but she is willing to make it work to the best of her ability. She’s asking the judge to at least give her visitation rights

Foster says, “If everyone was truly interested in doing what is best for Emani, they would treat me as her mother and not in the manner that they have.

I don’t feel like the family would be going through all this if they believed Emani was safe with her mother — do you?