Luke Cage’ has been canceled after 2 seasons.

“Unfortunately, Marvel’s Luke Cage will not return for a third season,” Marvel and the streaming service said on Friday. “Everyone at Marvel Television and Netflix is grateful to the dedicated showrunner, writers, cast and crew who brought Harlem’s Hero to life for the past two seasons, and to all the fans who have supported the series.” 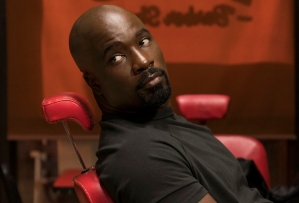 This axing of Luke Cage came as a surprise. A writer’s room under showrunner Cheo Hodari Coker had been working for around six months producing scripts and taking notes from Netlfix and Marvel. As actors like lead Mike Colter remained under contract, a formal Season 3 order considered almost a foregone conclusion by all concerned

After tensions the past month, it all went distinctly south in the last 48 hours.

The pink slipping of Luke Cage was ultimately a combo of the age old creative differences and the inability for the parties involved to reach a deal, according to sources. With a season perched on the conclusion of the June 22 launched Season 2 plotted out months and months ago, detailed drafts for the first half of the 10-episode projected third season were delivered to Marvel and Netflix this week.

We hear that some execs had issues with the more developed scripts, even though they strongly incorporated suggestions from both Netflix and Marvel brass.

Add to that, the writers’ room was put on hold for a week in September, as the streamer and the Disney-owned company were figuring out the mechanisms of changing the deal for the planned Luke Cage third season from the original 13 episodes to a slimmed down 10 episodes. It eventually escalated to behind-the-scenes turmoil in the past two days and demands for changes in creative reign. With Marvel and Netflix seemingly in intractable and different sides of the disputes, a harsh cancelation became the only viable exit strategy, it appears.

The revolving door of showrunners on Marvel’s shows on Netflix have seen new creative teams become almost the norm.  There’s been new showrunners for every season of Daredevil, Raven Metzner took over Iron Fist for its second and final season, and Jessica Jones’ Melissa Rosenberg is heading off to an overall deal with WBTV once Season 3 of the Krysten Ritter-led series is done.

In another sense, the cancellation was a done deal as the situation became tense on the corporate level. The Marvel shows on Netflix are costly to make, even with New York’s generous tax credits. Back in 2013, the streamer paid top dollar for the series, that they don’t even own so cutting Luke Cage loose was a shift bottom line call. With the high cost, there has been pressure on the Marvel series to overperform in viewership. That was easier early on when they were among a handful of Netflix originals but is getting harder today when they are competing with dozens of other buzzy shows on the Internet network.

At this point there is no plans for owner Marvel to resurrect Luke Cage on the upcoming Disney streaming service. But, being that the Simone Missick co-starrer crashed Netflix in its first season opening weekend in September 2016 and had a very well watched and well received 13-episode Season 2, it could be a Sweet Christmas, as Cage likes to quip.