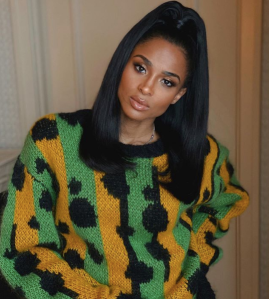 It sure doesnt feel like it but yes  Ciara has been in the game for 15 years!

And now, she’s schooling us on how it’s done as years later, she owns the masters to her music. She said during a recent interview,

“It’s an incredible chapter. It’s pretty cool to know you’re out here running around and hustlin’ and bustlin’ and you’re not only performing songs you wrote, but you also own the masters to those songs.”

She added that it’s all a dream come true.

“I used to dream about that while being signed to a label. I was like, the day that I get a chance, I want to own my own masters. I want to do it differently. Because after a while you kind of get frustrated with having to go through the same process — when you believe in something, when you have a vision for it, but the person who makes the decisions doesn’t share the same vision. When I got the chance, I actually wasn’t even planning on doing it in that moment.”

Ciara, who launched her own record label, Beauty Marks Entertainment, added that her chance to own her music came with the successful release of “Level Up” in June 2018.

“This was the moment I was waiting for and it’s like God gave it to me. It was the best feeling in the world. I no longer felt creatively handcuffed.”

As for being in the game so long, she said,

“It’s special. It’s kind of surreal — it’s like pinching myself, and going, ‘This is literally 15 years ago.’ Like, 15 years ago sounds so far away. To see this generation dancing to that song like it’s a new song, and it’s falling right into the pocket of what’s happening now, it’s kind of crazy. It also shows you the cycle of music and how different times repeat themselves all over again.”

“I’ve started working on enjoying the moments when they happen, and not looking for the next moment so fast.”

Pharrell Williams is not playing games with Donald Trump.

The super-producer was outraged when 45 played “Happy” at a Midwest rally hours after 11 people were massacred at the Tree of Life synagogue by Robert Bowers.

Pharrell sent Trump a cease and desist through his attorney Howard King that read:

On the day of the mass murder of 11 human beings at the hands of a deranged ‘nationalist,’ you played his song ‘Happy’ to a crowd at a political event in Indiana.

There was nothing ‘happy’ about the tragedy inflicted upon our country on Saturday and no permission was granted for your use of this song for this purpose.

King added that his client has not and will not ever grant permission for Donald Trump to use his song and any use without his consent constitutes both copyright and trademark infringement.

Peace. Red Rock Canyon is by far the most amazing place to explore on foot – from its expansive desert plains to towering mountain ranges all through wonderful green open spaces, Red Rock truly has it all. Start your adventure exploring the untouched nature of the hidden trails all over the Las Vegas and create unforgettable memories. It is time to crack out those hiking boots and start discovering some of the best trails.

My Sista and I went on an 2 hour hike the day after my new year (Oct 2) and it was amazing. We saw explored alot , I fell twice and we met some terrific people on the trails.

Yall know im a sucker for a dope artsy boot. Get into These Pink Lips “Suck Off” thigh high boots

Strut in style with these one of kind boots, If you feenin it get yours Here!

What do you think? 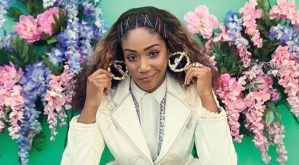 Tiffany Haddish is booked and busy in real life.

The comedian and actress is set to premiere a brand new one-hour stand-up special on Netflix.

She’ll record the special in early 2019, with Netflix set to release later in the year.

This marks a move from her last special, which aired on Showtime.

“Tiffany Haddish is a force,” said Lisa Nishimura, vice president of original documentary and comedy for Netflix. “Hilariously funny, brash and self-effacing, she’s an incredible artist who is winning over audiences while breaking barriers, and we are tremendously proud that she will showcase her formidable talent on Netflix.”

Get that Coin Antee! 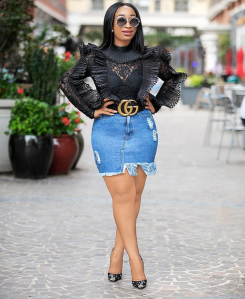 We are enjoying this werk’em weekend with today’s GLOW of the Day known as Chic Ama.

We’ve got to have self love first before anything…. When you smile too much… don’t let anyone take you for granted.. smile less and be watchful… too many disrespectful people out here.. Nothing is ever enough for them..🤔🤣

View more looks of her style below!

Learn more about this GLOWING Queen on Instagram  Chic Ama