There’s famous, then there’s lipstick-named-after-you famous, and Cardi B is official latter now.

Amidst a packed (and insane) New York Fashion Week, her latest buzzy moment comes by way of Tom Ford Beauty, which just revealed a lipstick shade inspired by the rapper herself.

The beauty brand unveiled the latest Lips & Boys collection backstage at its Spring/Summer 2019 show (where Cardi sat front row). As usual, the lipsticks are named after people—and Tom Ford Beauty announced a cobalt blue shade named “Cardi” on Instagram. It’s fittingly a shade made for risk-takers and bold beauty lovers.

Last year, the Girls lipstick launches paid homage to friends and famous fans of Ford like Carine [Roitfeld], Naomi [Campbell], Dakota [Johnson], Julianne [Moore]. No word just yet on all the new lipsticks coming our way, but the assortment of shades shown include reds, corals, pinks, browns, and “nudes.”

MAC cosmetics is launching a new Future Forward campaign, which is being described as “the first of an ongoing series of collaborations and campaigns that spotlight newer talent who are making waves within the music industry.”

For its debut , the brand selected artists Tinashe, Dej Loaf, Lion Babe’s Jillian Hervey and Halsey — all of whom landed on the Billboard charts for the first time in 2015 —  to create their own products and represent the brand.

“It feels like a great thing to be able to support artists who are breaking through but aren’t necessarily at the top top, to push them forward,” Senior Vice President and Group Creative Director James Gager says of the initiative. “We’ve always done that sort of thing with fashion designers, and to me, it’s most interesting to introduce these artists, as well as our M·A·C fans, to new people.”

The products are a reflection of their differences.

The rollout will start with Tinashe, who worked on the “Times Nine Palette” of eye shadow ($32; maccosmetics.com), which borrows names for each shade from track names like “All Hands On Deck.” “I was really intrigued by the chance to bring my creative vision to this,” says the R&B artist who is about to embark on a world tour for her forthcoming sophomore album, Joyride. “I got to design the packaging, pick out the colors and create something that I felt like I would use.”

For Detroit rapper Dej Loaf, whose rosy-nude lipglass ($15) will hit stores on April 14, the opportunity is described as an invaluable one — the first of what she hopes will be many more lucrative collaborations. “Music was just a stepping stone for me, I want to get into other things outside of music . . . creative things. This first step [with M·A·C] is a big first step,” she tells Billboard.

Perhaps the edgiest of the capsule, is a gunmetal matte lipstick ($17) by Halsey, whose blue hair, rebellious spirit and 2015 debut full-length Badlands saw her sell out Madison Square Garden (the show will happen on August 13) and collaborate with Justin Bieber.

The campaign will wrap on April 28 with a gorgeous metallic gold Liquidlast Liner ($21) by Hervey, who along with music partner Lucas Goodman is set release Lion Babe’s debut full-length Begin this year, which reportedly involved work with an all-star team that includes Pharrell Williams, Jeff Bhasker and Andrew Wyatt.

This is nothing short of awesome. I’ll definitely be picking up Def Loaf ‘s rosy-nude lipglass

As y’all can tell I’m obsessed with shades of nude and vampire lippies. Never was a big lipstick fan but over the years I’ve found my itch ( vamp lippie) . this list had more vamp lippies but that’s what I adore. I’ll buy all of them not even noticing or caring , if I have a color similar or the identical twin to the shade. I know I’m not the only one lol comment below you lipstick obsession shade 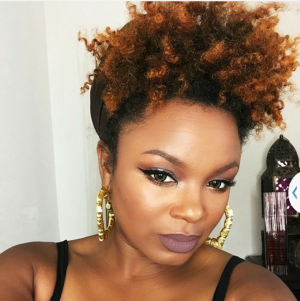 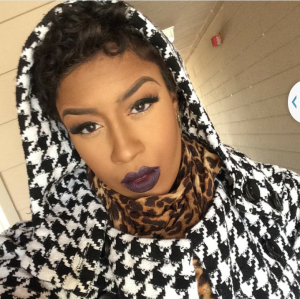 ALL IMAGES ON WWW.ECCENTRICGLOW.COM ARE READILY AVAILABLE ON THE INTERNET AND BELIEVE TO BE IN PUBLIC DOMAIN. IMAGES POSTED ARE BELIEVED TO BE PUBLISHED ACCORDING TO THE U.S COPYRIGHT FAIR USE ACT(TITLE 17,U.S. CODE.). COPYRIGHT ® 2006-2015 ECCENTRIC GLOW LLC. ® 2006-2015 ALL TEXT HEREIN IS PROPERTY OF THE AUTHOR AND MAY NOT BE COPIED OR REPRODUCED WITHOUT EXPLICIT PERMISSION.