Im here for all baby bumps 🤰🤰

Tamron made the announcement via Instagram with a few photos of her growing baby bump.

“I’ve wanted to share this news for many months and now finally my doctor has said I am in a safe place, at 32 weeks, to share my joy with y’all. So, it’s clear a daytime talk show isn’t the only thing I’ve been trying to produce!” she joked.

“There have been many tears, but today I embrace the smiles,” she continued. “My husband Steven and I are beyond excited! We’re in constant prayer, so if you pray, add us to your list; if you meditate, send calmness our way; and if you believe in luck, we’ll happily take that too.”

Eve vanished from the limelight for a while during the mid-2000s — now she says during that time she started drugs and alcohol to deal with her sinking career. 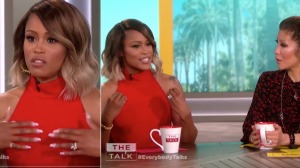 “At a time in my life, at a point in my life, I’d gone through … a dark hole,” the 39-year-old rapper revealed on “The Talk” while candidly discussing Willow Smith‘s recent confession that fame drove her to self-harm.

Eve’s eponymous sitcom on UPN lasted three seasons before being axed in 2006.

“I was just kinda like, what is happening with my life. So I started drinking, a lot,” she recalled. “I didn’t want to deal with my emotions, I didn’t have anybody to really talk to. I was even popping Xanax and drinking to numb my pain. And at the time, while I was in it, I didn’t see that I was harming myself. I just felt like I was coping but I really wasn’t. You know, you think of harming yourself as cutting or something, but drinking and drugs is exactly the same thing.”

It wasn’t until she crashed her Maserati and was arrested on drunk driving charges in 2007 that she changed her life. Billboard reported at the time she pleaded no contest to the charges and was sentenced to wear an alcohol-detecting ankle bracelet for 45 days.

Eve told her fellow “Talk” co-hosts she didn’t want to wear the monitor because it would force her to face her behavior. “Thankfully I did and was able to get healthy,” she said. “I prayed myself through it. I finally started figuring out the things that I needed to do to make myself healthy.” 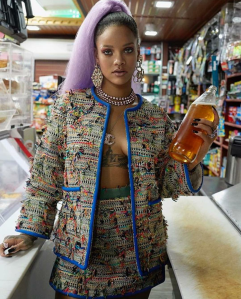 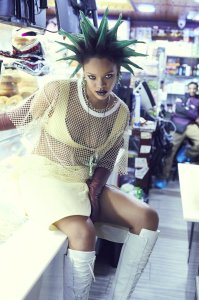 Rihanna’s style has always been to die for (well not die for but yall get it). She always keeps us guessing, especially when it comes to fashion, her spread in Paper magazine is no different. She’s giving us some real 90s punk rock in these pics, and I’m in love with the whole artsy vibe. 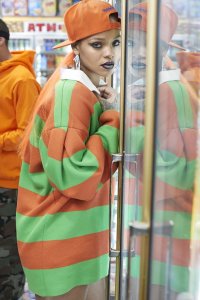 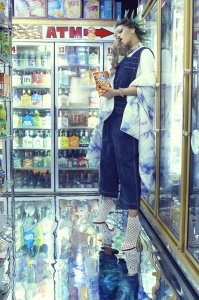 Paper Magazine can be purchased on March 6.