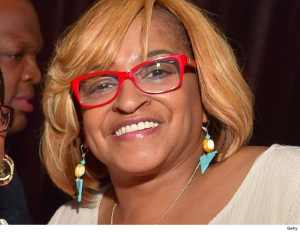 Her daughter shared a tribute to her mom, saying … “From my bestfriend on earth to My beautiful angel in heaven.”

She added … “I love you so much. I’m so heartbroken but the way you looked so @ peace this past week has confirmed that you are resting… no more asthma attacks… damn but baby I am going to miss you.” 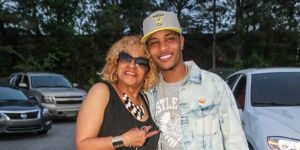 Sources close to the family tell us Precious has been on life support since the accident and was never responsive.

We’re told Tip and Tiny are devastated. T.I. was incredibly close to his sister, and so was Tiny. Tip shared a message, too, saying … “We Love You Dearly Baby Girl….”

T.I. and Tiny have stopped filming “Family Hustle”  in the wake of  a bad car crash involving the T.I.’s sister.

Sources close to production tell TMZ … T.I. and Tiny halted production Wednesday after learning the rapper’s sister, Precious Harris, got in a serious car accident in Atlanta earlier that morning.

It’s unclear what led to the car crash but here’s what we know … sources say Precious hit a pole, which triggered an asthma attack. The 66-year-old — who often appears on the show — was taken to a hospital where she’s now in ICU. Her exact condition is unknown.

We’re told Tip and Tiny were devastated and decided it was best not to move forward until Precious pulled through. T.I.’s incredibly close to his sister and so is Tiny.

For Precious’ 66th birthday bash last May, Tiny gave her a shout-out and said, “I hope you know how much u mean to me. Always been my road dawg. Love u much! Hope you enjoyed your day!!”

Prayers Sent Up for The Queen hope she gets well soon.