A never-before-seen sex tape has been brought forward involving R. Kelly and a girl that’s believed to be just 14 years old, according to attorney Michael Avenatti.

Avenatti says the 45-minute long VHS recording was uncovered after multiple clients came to him alleging Kelly had sexually assaulted minors. He claims the video clearly shows Kelly engaging in multiple sex acts with a girl.

CNN first reported the new video’s existence, and says they’ve seen it. According to their report, the girl calls the man — who appears to be Kelly — “daddy,” and also shows her urinating at his request. After that, he urinates on her. CNN says the girl is seen on tape referring to her body parts as “14 years old.”

Avenatti makes it clear this is NOT the video for which Kelly stood trial in 2008 … when he was acquitted.

Avenatti says he has presented the video to the Cook County State Attorney’s Office in Illinois. He does not say when the recording was made … but believes it’s within the statute of limitations.

A source close to R. Kelly reportedly tells TMZ that “it’s unfair to accuse the rapper of any wrongdoing without first trying to authenticate the video.”

You can read Michael Avenatti’s full statement on the new tape below.

In response to press inquiries, attached is a stmt regarding our work on the R. Kelly matter since April, including the discovery of new critical video evidence establishing his guilt. We will continue to work tirelessly to ensure that this predator is brought to justice. pic.twitter.com/D0dGFzgXlX

R. Kelly has been dropped by Sony Music.

No external announcement of the move is planned in the immediate future, says a source, who added that Kelly’s presence on the RCA website (where he remains listed) will not indicate his departure from the company, as his back catalog will remain with RCA/Sony. Kelly’s last release with the label was a Christmas-themed album in 2016, although he has released several songs independently since that time, presumably with Sony’s consent, and Tweeted earlier this year that he has a new album on the way.

Contacted by Variety, reps for both RCA Records and its parent company, Sony Music, declined comment.

The move comes after years of public calls, and even a petition from members of the #MuteRKelly movement, for the company to part ways with Kelly. Those calls intensified in the wake of Lifetime documentary “Surviving R. Kelly,” in which multiple women accuse him of sexual misconduct. In recent weeks a plane commissioned by the women’s organization UltraViolet and carrying a sign reading “RCA/Sony: Drop Sexual Predator R. Kelly” flew over Sony Music’s Los Angeles offices and a protest was staged outside of Sony’s New York headquarters.

He’s BEEN wanting out for a while sooo 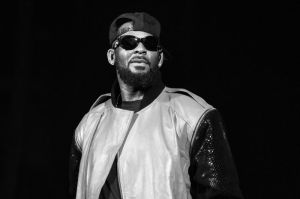 R. Kelly is on a mission to sue Lifetime and isnt fazed by artists who has pulled their collaborations with him from streaming services

Sources connected to the singer tell us he’s not flipping out about people like Celine Dion, Lady Gaga and Ciara yanking their R. Kelly collabs. We’re told his only reaction has been to dismiss those artists as “phonies” who are trying to salvage their own images on the heels of the “Surviving R. Kelly” allegations.

We’re told he is freaking out about what he considers “lies” put forward in ‘Surviving.’ As we’ve reported, Kelly’s lawyers fired off a cease and desist letter to Lifetime ahead of the six-part docuseries airing. Of course, Lifetime didn’t blink and Kelly’s now pressuring his attorneys to follow through with the legal threat.

We’re told he has daily meetings with lawyers where they not only discuss the content of ‘Surviving’ … but also attempt to dig up dirt on Lifetime execs. The way one source describes it, Kelly seems crazed about getting revenge, and will leave no stone unturned until he gets it.

His label, RCA/Sony, has pulled all financial backing for new projects — and prosecutors in 2 cities are actively seeking potential witnesses and victims to bring charges against him.

R. Kelly was confronted by cops in Chicago after an anonymous caller claimed the singer was holding two women hostage.

The Cook County State Attorney’s Office got a tip Friday that Kelly was at his Trump Tower residence with the women … and he was holding them against their will. We’re told cops raced to the property and made contact with R. Kelly and the women.

Our sources say 5 officers came to the home and ordered Kelly into the other room while they questioned the women. According to Chicago PD, both women said they were at the residence voluntarily and nothing untoward was going on. Police then left without incident.

We’re told the 2 women were Joycelyn Savage and Azriel Clary, both of whom have maintained they were with R. Kelly voluntarily, despite their parents’ strong claims they were the victims of brainwashing.

TMZ broke the story … cops were called to a Chicago club Thursday morning after a tip was called in that Kelly was at the club partying and there was a warrant out for his arrest. Officers spoke with Kelly — determined there was no warrant — and let the singer continue to party.

As we reported … Cook County State Attorney Kimberly Foxx has publicly urged victims of Kelly to come forward. We’re told the victim hotline has been burning up ever since.

Common says that he and the black community failed R. Kelly’s victims by not listening to their stories sooner.

In an interview with TMZ, Common shouldered his share of the blame for Kelly’s continued success in spite of numerous stories of abuse. The Chicago native said that many people were willing to overlook Kelly’s misdeeds to remain fans.

“I’m guilty of that too myself because I didn’t stop and be like, ‘Yo,’ and speak against this,” he said. “R. Kelly’s from my hometown. At the end of the day, he’s a human being. He has his issues and we see that, but I can’t condone that and I shouldn’t be allowing that to happen. We failed our community as black people.”

“We failed as a community because we knew these things were happening,” Common continued. “And instead of trying to be like, ‘Yo. Let’s go and try to resolve this situation and free these young ladies and stop this thing that’s going on,’ we were just like, ‘Man, we rocking to the music.’”

Common is not the first Chicago musician to speak out against Kelly. In an old interview that was used in the Surviving R. Kelly series, Chance the Rapper admitted he regrets working with the R&B singer. He said that his hypersensitivity to the oppression of black men caused him to overlook the suffering of black women, particularly R. Kelly’s accusers.