Remy Ma had to return to the hospital just days after giving birth to a baby girl, due to complications.

Sources tell us Remy was suffering from excessive bleeding Tuesday night and went right back to the hospital. The post-birth complications necessitated emergency surgery.

As we reported … Remy and Papoose announced the birth of their daughter on social media, but didn’t disclose her name. Papoose called it “tough labor.” Mind you, Remy went into labor at age 38 — Papoose is 40 himself — and revealed last year she had recently suffered a miscarriage.

As for how things went on the operating table, Remy received blood transfusions … and the good news, we’re told the surgery was a success. We’re told she’s doing well, and she’s expected to be released in the next day or so. 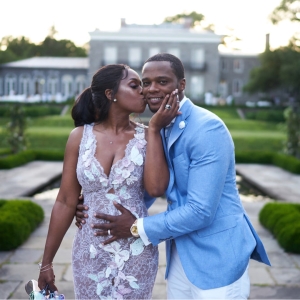 Remy Ma and Papoose are such a beautiful example of Real Love and Hip Hop!

The couple, who recently celebrated their 10th wedding anniversary, with a vow renewal in front of family and close friends in an intimate ceremony over-the-weekend.

Remy was a vision so beautiful and angelic in her custom Karen Sabag gown and her Sophia Webster heels!

Oh yea…& then this happened 😉 I’ve been eating right, working out, and preparing for this for almost a year. We are so happy; thank you to everyone that prayed for us and sent blessings our way🙏🏽 sidebar: been super sick, lost an extra 7 pounds but I’m soooo much better now😊 And a special thank you to everyone who helped me pull this day together in 72hours (y’all know I think I’m an event planner😏) @verdeflowers My friends Vanessa & Michael- couldn’t have done it without you @jimmysbxcafe – with friends like you, who needs other friends 😘 @czinvitations & @doehring- digital invitations @jenn_cakes – DELICIOUS cupcake tower with butterfly 🦋 cookies @dj_boogie – music was EVERYTHING! @_dvasquez – amazing photos @kaydtv – captured the best videos @karensabagofficial -2-in-1 dress of my dreams @2dtent_dakidraye -bbq’ing all the food😋 @chanel.nine & @youngye2dt – “we are the team” I love you both to pieces, thanx for moving the furniture a million times to create my vision & thank you to All my friends and family that managed to make it on such short notice (and to those that were far away & couldn’t make it – u were there in my heart💋) #16weeks/4months #BlackLove #BabyMackie #RemyMa #RemyMafia

This weekend I celebrated a milestone with my best friend, my partner in everything, my husband, my forever @papoosepapoose I love you so much- not only because you are the perfect soulmate but because you are the epitome of a real man, the essence of a great father, and the definition of loyalty & if I could start life over the only thing I would change is meeting you sooner so that I can spend more time with you💋 We’ve known each other 13 years & been married a decade😍 we renewed our vows amongst our closest friends and family members It was a small, intimate setting and one of the most precious moments of my life…thank you Husband, u always make me happy 💍 #BlackloveForever #MeetTheMackies #RemAndPap #RemyMa #RemyMafia

Was very important for me to renew my wedding vows with my #queen Our marriage has been the best 10 years of my life! Needed to reassure her that I still worship the ground she walks on. I would advise all married couples to do it! It’s a reminder of the obligations, loyalty, love & respect u owe to your partner. #blacklove 24 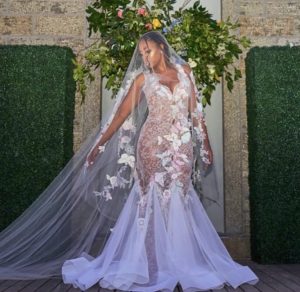