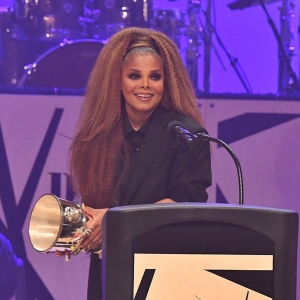 Janet Jackson was honored with the BMI Icon Award at the 2018 BMI R&B/Hip-Hop Awards that took place in Atlanta on Wednesday night.

The event recognizes the songwriters, producers and publishers of the year’s most-performed R&B/hip-hop songs.

Metro Boomin was named Producer of Year for the third year in a row. He also took home Songwriter of the Year for his work on such songs as “Bad and Boujee,” “Bank Account” and “Mask Off.” Song of the Year went to The Weeknd’s “I Feel It Coming,” written by Thomas Bangalter and Guy Manuel de Homem-Christo of Daft Punk. Universal Music Publishing Group (UMPG) was awarded Publisher of the Year for the fourth consecutive year. UMPG had 15 of the most performed songs of the year.

In addition, the event honored the late Aretha Franklin, who, the performance rights organization noted, “Was part of the BMI family for 50 years.” Tamela Mann sang “Precious Lord, Take My Hand” followed by “You’ve Got a Friend” in honor of the Queen of Soul.

Missy Elliott followed with a speech in honor of Jackson, during which she quoted the singer’s lyrics.

The event was hosted by Mike O’Neill, BMI President and CEO, and Catherine Brewton, VP of Creative, Atlanta, along with lifestyle personality Kenny Burns.

Congrats Janet! Check out a few moments from the evening below.

Janet last night at the BMI R&B Hip-Hop awards 🙌😍 @janetjackson I am very happy with the achievements, you deserve that and more congratulations to all your team for the effort @joeyharrisinc @jqlondon @cassidyblaine90046hair @_nothingbuttrouble_ @prestonmakeup. I would also like to applaud those who made the tribute to Janet, Good job @teyanataylor @normani @jussiesmollett @hermusicofficial .2018 is proclaimed (by me) The Year Of Janet ♥ #janetjackson #bmi