It’s graduation season, and I can’t get enough of the inspiring stories that come with bedazzled mortarboards and viral diploma acceptance videos. This super inspiring story involves 2018 graduate Corey Patrick of Tarrant High School in Alabama.

A photo of Patrick wearing his graduation gown quickly broke the internet but for great reasons after a bus driver posted it online. The photo didn’t go viral because he decked out his mortarboard or his gown or anything like that. According to WBRC, Patrick’s photo went viral because he was on his way to his graduation ceremony by bus.

Patrick’s family couldn’t afford transportation to the ceremony. However, Patrick was determined to celebrate the hard work he put into his high school career.

“I was happy on that day,” Patrick said.

“I told Corey, well the best thing to do is just get on the bus and we will work from there,” recalled Felicia White, Patrick’s mother. 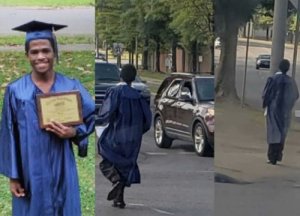 “He’s a great young man. He’s very quiet, reserved, humble and he gets a little hardheaded sometimes, but he’s a very obedient child, and I’m proud of Corey,” his mother added.

Patrick had been taking that same walk to his local bus stop for his entire school career. He has attended Tarrant City Schools since 4th grade, and his family used to live closer to his high school. However, they had to move before his senior year. Patrick’s mother wanted him to continue attending the school he’d started at so he could finish his senior year with his friends.

“Corey was getting up at 4:30 in the morning and had to be at the bus stop at 5:41 in the morning for the last year. Even when he would get out of school he couldn’t get from that side of town until 5:19 when the bus runs back over there. So he doesn’t make it back this way until about 6:30 or 7 o’clock,” White said.

“I had to do what was necessary for me to walk this year,” he noted.

Thankfully, Patrick’s family didn’t have to bus all the way to his ceremony because they were able to find a last minute ride. Further, after Patrick’s story went viral, celebrities such as Rickey Smiley, Tyrese and Da Brat announced they were coming together to purchase the new graduate a new car!

White said she is overwhelmed by the love and support shown to her son and their family.

“I would just like to say thank you to everyone who is supporting Corey and supporting me, and I really appreciate it,” White said.

He’s received a scholarship offer from Jacksonville University in Florida. His mother said nothing is official yet, though.

Congrats to Corey Patrick; This warms my heart , Im proud of you!

The Soul Train Awards went down last night in Las Vegas, Nevada, with loads of Fashion on the carpet.
Take a look:

The hostess with mostess Erykah Badu

Fantasia is breathtaking backstage before her performance 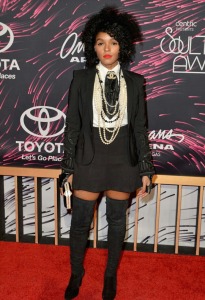 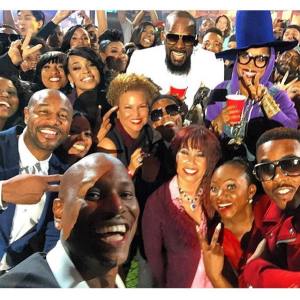 The best group / photobomb picture of the YEAR!

ALL IMAGES ON WWW.ECCENTRICGLOW.COM ARE READILY AVAILABLE ON THE INTERNET AND BELIEVE TO BE IN PUBLIC DOMAIN. IMAGES POSTED ARE BELIEVED TO BE PUBLISHED ACCORDING TO THE U.S COPYRIGHT FAIR USE ACT(TITLE 17,U.S. CODE.). COPYRIGHT ® 2006-2015 ECCENTRIC GLOW LLC. ® 2006-2015 ALL TEXT HEREIN IS PROPERTY OF THE AUTHOR AND MAY NOT BE COPIED OR REPRODUCED WITHOUT EXPLICIT PERMISSION